One hundred years ago today, the extraordinary Symphony of Sirens revolutionised the way we compose, perform and experience music. So why was its visionary composer forgotten for decades, asks Alex Sakalis.

One hundred years ago, a 36-year-old Russian composer named Arseny Avraamov climbed on to a specially built tower in Baku, Azerbaijan, then part of the USSR. Surveying the urban landscape before him, he lifted two red flags and began to wave them from side to side. What happened next was one of the most extraordinary musical events of the 20th Century. One which, until recently, remained almost completely forgotten.

The event was the Symphony of Sirens, a musical work incorporating the city of Baku as its orchestra. It was staged on 7 November 1922, to celebrate the five-year anniversary of the October Revolution, and included the entire Caspian flotilla, cannons, locomotives, artillery regiments, hydroplanes, factory sirens, bells, foghorns, brass bands and a massive choir. Avraamov wasn’t just conducting an orchestra, he was conducting a city. 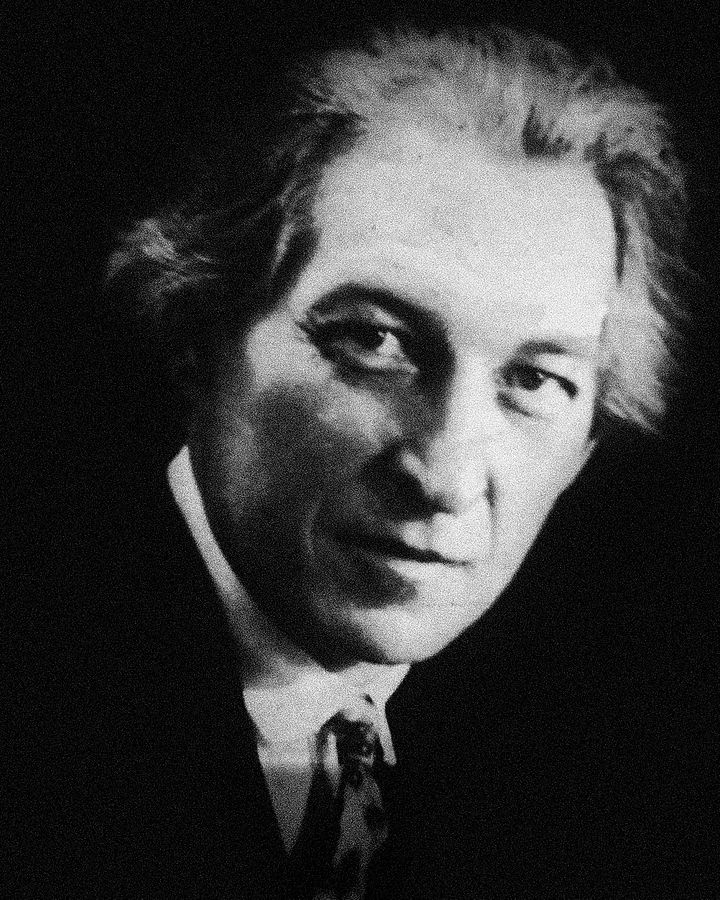 Russian composer Arseny Avraamov (1886-1944) was a musical innovator way ahead of his time (Credit: Alamy)

The flag wave signalled the first cannon shot, which cued the sirens of the industrial plants. The fifth cannon shot cued the sirens of the docks. The 15th cued the sirens of the flotilla, while a military brass band began playing and marching towards the harbour. Soon locomotive horns appeared, along with machine gun fire, followed by the melodies of the magistral – an instrument invented by Avraamov for this performance, consisting of 50 steam whistles attached to pipes, which could be operated independently like the keys of a piano.

A visionary who sought to merge politics and music until neither could be distinguished from the other, he was an inventor, a modernist, a futurist, a revolutionary, a composer and an eccentric

Avraamov waved his flag. That was the cue for the hydroplanes to take off as a choir of thousands shouted “Hurrah!” Another cannon shot cued silence, except for the haunting melodies of the magistral. Suddenly, a faint chorus of voices could be heard singing. More voices joined in, and the unmistakeable hymn of the Internationale rang out. As the choir grew, the sirens began again, and the hydroplanes swooped back down over the harbour. The brass band was back, playing another familiar tune: La Marseillaise. Cannons fired into the sea and machine guns unloaded into the sky. Church bells – until then silent – began chiming as the noise reached its climax. Then silence, more renditions of the Internationale, before the sirens, the magistral, the brass band and the choir all returned for one final ecstatic chord that washed over the city.

In many ways it was the culmination of Avraamov’s extraordinary, peripatetic career. A visionary who sought to merge politics and music until neither could be distinguished from the other, he was an inventor, a modernist, a futurist, a revolutionary, a composer and an eccentric. He shone brightly but was ultimately buried by the same political system that helped nurture him. Largely forgotten after his death in 1944, his innovations nonetheless foreshadowed some of the most important musical trends of the second half of the 20th Century. 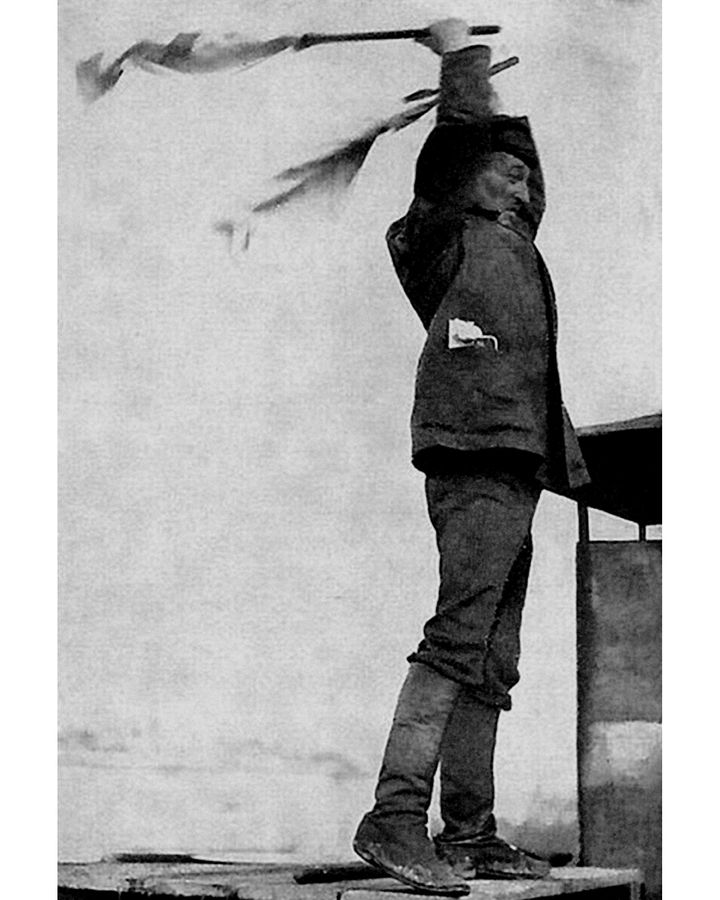 The Symphony of Sirens of 1922 was conducted from a rooftop by its composer Avraamov (Credit: Alamy)

Long before Pierre Schaeffer recorded the locomotives at Batignolles station, long before John Cage redefined the parameters of music, long before Karlheinz Stockhausen decided to stick a string quartet on helicopters. Long before all that, there was Avraamov.

Born in Novocherkassk, Russia in 1884, Avraamov’s early life revolved around writing music and getting arrested for communist agitation. His two interests coalesced somewhat after the Russian Revolution, when he was appointed culture minister for the People’s Commissariat for Education. One of his first acts was to ask Vladimir Lenin if he could burn all the pianos in the country, considering them symbols of the old political and musical order. Lenin’s answer is not recorded, though the continued existence of pianos in Soviet Russia suggests that his proposal was not taken up.

Avraamov devoted much of his time to developing his own microtonal theory, which he believed would emancipate people from the shackles of the 12-tone, octave-based Western musical tradition. Later in his career, he developed techniques for sampling and synthesising sound, making him one of the pioneers of sound editing. After working on the soundtrack for the first Soviet sound film – Abram Room’s Plan velikikh rabot – he began experimenting with creating sounds through drawing, with musicologist Andrey Smirnov crediting him as the inventor of graphical sound. All this makes Avraamov one of the progenitors of the broad, umbrella genre that we now call electronic music.

But it was Symphony of Sirens that remained his most revolutionary work. A new world required a new music, theorised Avraamov. Not just new tonal systems and instruments, but an entirely new conception of music. What it was, who it was for, where it was performed, how it was experienced. 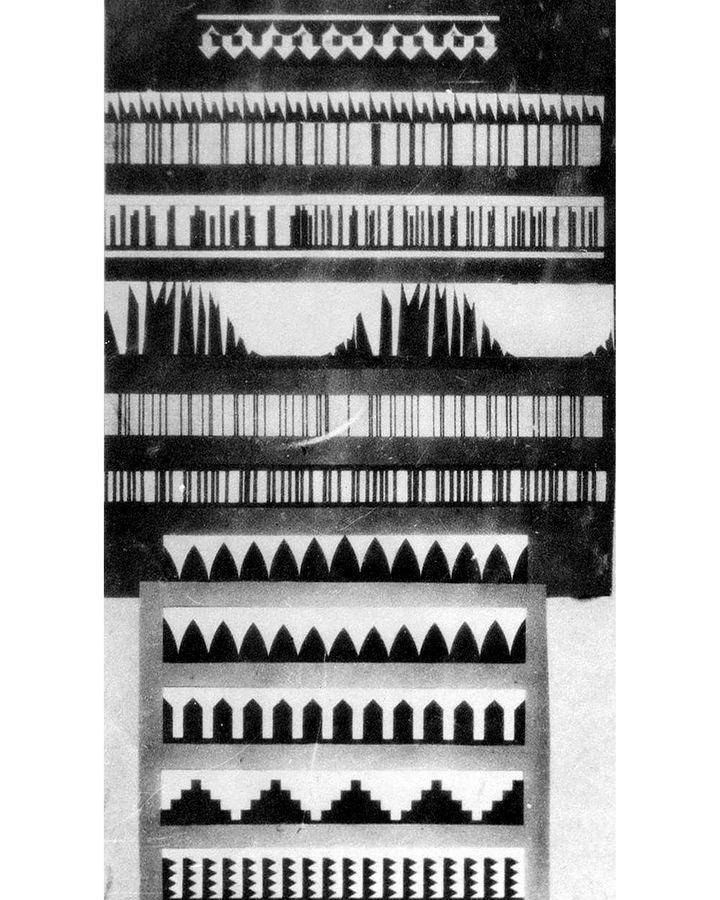 One of Avraamov’s big achievements was his creation of graphic-sonic art, or drawn sound (Credit: Courtesy of Andrey Smirnov)

“There was an idea after the Russian Revolution that we should do something on the street, that we have to escape from the boring bourgeois concert hall and do music for people working in the factories. Music not for the rich but for everybody,” Sergey Khismatov, an award-winning composer and musicologist, tells BBC Culture.

Avraamov aimed to create a musical work for the proletariat, using the sounds of the machines and factories that were now under worker control. Rather than spectators, he sought the active participation of everybody in the performance, offering a transformative experience that symbolised unity, agency and the revolutionary power to decide one’s own history. In his vision, factory sirens, that regulated the start and end of the working day, were transformed from symbols of oppression into sounds of emancipation. Symphony of Sirens was, in many ways, the sound of a new world being born.

We now know that he was a genius, but at the time people thought he was crazy. They couldn’t see what he was seeing – Sergey Khismatov

Avraamov argued that Western music – in its theory, composition and performance – reinforced the cultural hegemony of the ruling class, and so alienated workers from realising the potential for music as an organising and emancipatory artform. It was important for the purposes of the ruling class, he argued, to separate workers from the means of creating and experiencing music.

“Music has, among all the arts, the highest power of social organisation,” he wrote. “We had to arrive at the October Revolution to achieve the concept of the Symphony of Sirens. The capitalist system gives rise to anarchic tendencies. Its fear of seeing workers marching in unity prevents its music being developed in freedom.”

Beyond the sheer spectacle – no one had ever tried to incorporate the entire urban landscape into a musical performance before, let alone hydroplanes and battleships – Avraamov broke several musical boundaries, and foreshadowed the direction music would take in the second half of the 20th Century.

“Avraamov prefigures Stockhausen’s sonic environmental art, imaginatively extending the notion of space in which a piece of music can take place,” David Stubbs, author of Mars by 1980: The Story of Electronic Music, tells BBC Culture. “He also anticipated Schaeffer’s musique concrète, where the walls between art and everyday life are collapsed, and the sound matter of the actual existing world becomes a source for music.” 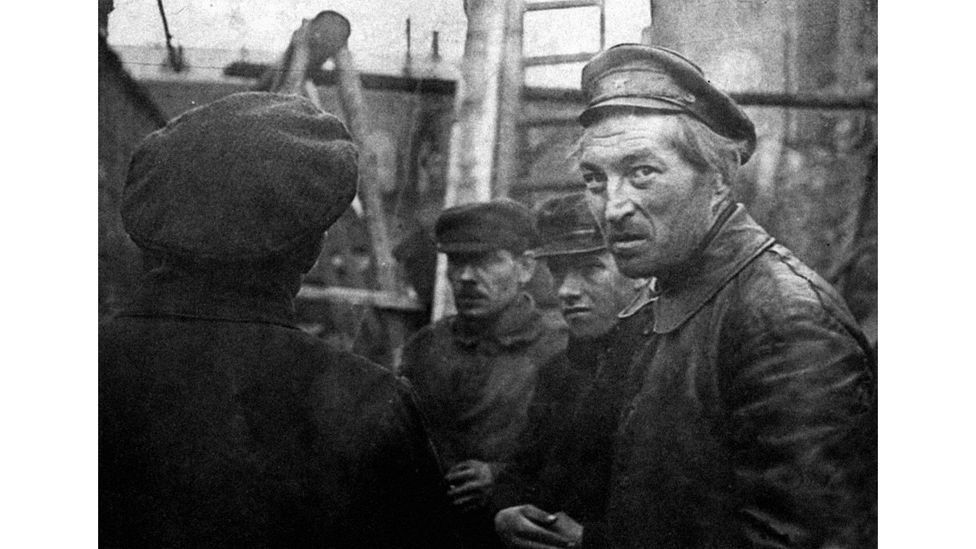 Avraamov, pictured here in 1923 before the Symphony of Sirens performance, intended his avant-garde work to be transformational and revolutionary (Credit: Alamy)

“We can say that with Symphony of Sirens, Avraamov pioneered the idea of using non-traditional instruments for both composition and performance,” adds Khismatov. In later works, Avraamov would go on to incorporate tools such as saws, grinding wheels, axes and sledgehammers into his music.

Instead of a traditional score, he used written instructions and musical notation so simplified that anyone could understand it. “Symphony of Sirens exemplifies a mode of music making in which virtuosity, notation or traditional methods of musical arrangement are dispensed with in favour of a more conceptual approach,” says Stubbs. “It’s about how you sequence and juxtapose elements. That’s as true for the most recent EP by [British electronic musician] Burial as it is for Avraamov.”

Symphony of Sirens was attempted just once more, a year later in Moscow, though at a much-reduced scale. Undeterred, Avraamov began plotting his next project: installing powerful electroacoustic devices on Zeppelins and flying them above Moscow. Not content with conducting a city, Avraamov now had the skies in his sights.

There were two problems though. Firstly, Avraamov was broke. Secondly, the revolutionary atmosphere in Russia that had fostered a radical, artistic avant-garde was coming to an end. “Symphony [of Sirens] represents what a lot of early electronic music represents – a utopianism, a lost future,” says Stubbs. “It was commissioned at a time when it was still optimistically held that the grand, revolutionary egalitarian prospect of the Soviet Union could operate hand-in-hand with the artistic avant-garde. Sadly, that was quashed in time under Stalin.”

The Zeppelin project never left the drawing board, and Avraamov died in poverty and obscurity. Interest in his work only re-emerged in the 1990s, and the first reconstruction of Symphony of Sirens, based on Avraamov’s notes and using samples, took place in 2008. The following year, Khismatov debuted his own reconstruction (under his preferred translation, Symphony of Industrial Horns) at a fort in St Petersburg. It later appeared at Documenta 14 and has gone on to influence a new generation of electronic, avant-garde and politically motivated composers. In 2017, Avraamov made an appearance in the BBC documentary Tunes for Tyrants, with presenter Suzy Klein heralding the Russian as one of the forgotten geniuses of music, and even performing her own tribute to Symphony of Sirens as she stood on a Moscow rooftop and waved two red flags from side to side. Long after his death, Avraamov is finally getting his due. 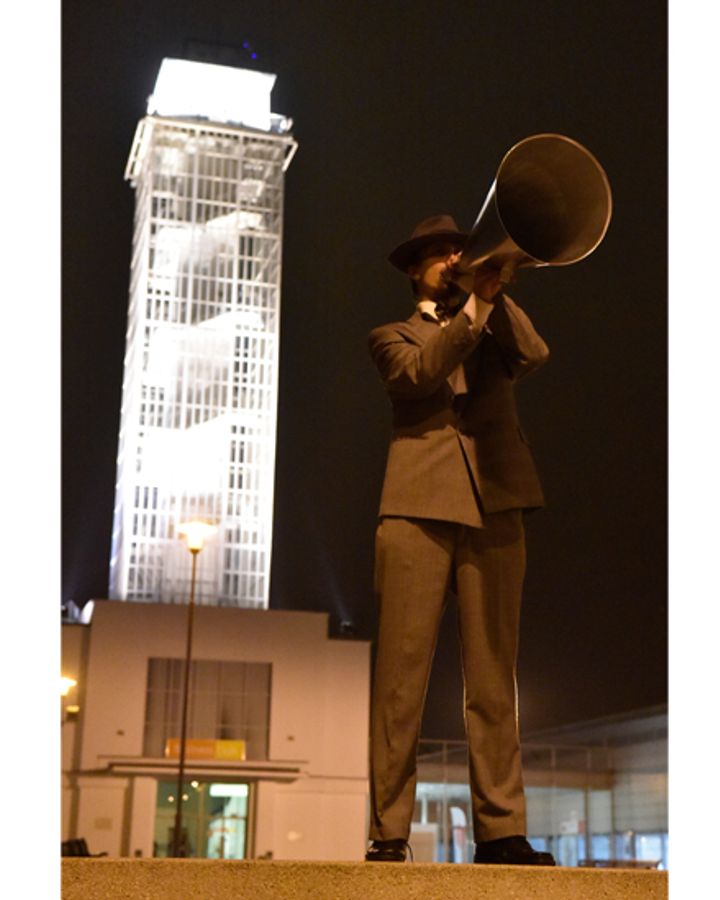 The Symphony of Sirens was performed in 2017 in Brno, Czech Republic – eight choirs were joined by the sounds of a steam train, signal guns, ambulances and cannons (Credit: Alamy)

“We now know that he was a genius, but at the time people thought he was crazy. They couldn’t see what he was seeing,” says Khismatov.

The tragedy of Avraamov was that he was simply too far ahead of his time. He broke barriers too soon and the musical ecosystem he created couldn’t survive outside of its incubator. Many of his ideas, now commonplace, were ridiculed, and his work was ultimately muffled out by an increasingly conservative and reactionary Soviet regime. It’s said that the 30,000 people who bought The Velvet Underground’s first album all started a band. The 30,000 people who experienced Symphony of Sirens were simply too shocked to know what to do with themselves.